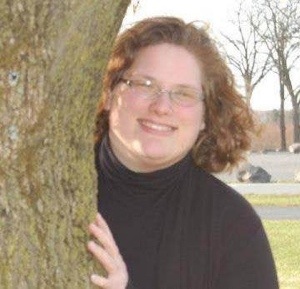 Today we have Casey Fry. We’re glad to have her insights…so read on and enjoy!

My name is Casey Fry. I will turn twenty-seven in April, and if that isn’t a little frightening, I don’t know what is. I live in a small town in Pennsylvania with my two cats, Tootsie and Zero. I have a full-time job and own my own business and spend my limited free time writing. I have a fondness for hot tea and chocolate, my favorite dessert is cherry pie, and my favorite season is Autumn. When I’m not working or writing, I like to draw, read, research, practice archery, and horseback ride. I enjoy traveling and recently spent some time in Salem, Massachusetts, researching for an upcoming book.
Website: https://caseyfryauthor.wordpress.com/
Facebook: http://www.facebook.com/caseyfryauthor
Amazon Author Page: http://amzn.to/1wuXSxQ
Twitter: @CaseyFryAuthor

2. How do you choose names for your characters?

Sometimes, I choose a character’s name because the meaning of the name has a connection to the story or fits an aspect of the character’s personality. Other times, it is because the name itself is a play on words. For instance, Mortimer, one of the main characters in the DeathSpeaker Trilogy, is so named because his name can be shortened to Mort, which means “death.” In some cases, the names I use were not planned but chosen because I liked them. Marissa, in Dragon Circle, came from a fondness for the name. LaRune, the book’s main character, actually gained that name due to a typing error that I was too fond of to change.

3. Do you talk about your book/characters as though they are real?

Not usually. I try to keep a bit of a wall in between them and my real life, since they’re quite real to me in my head.

4. Do you listen to music when you write or edit? What kind?

Not when I’m editing or writing – for that, I need silence and the chance to concentrate on the words. When I’m just brainstorming or really working through how a scene will run, I often play music. Action scenes will have me listening to heavy metal or hard rock, while I’ll play duets for romantic scenes, and different genres for different scenes. It all depends on what kind of images I need in my head.

5. How long have you been writing?

Since I was very young. The first story I can remember writing was about my pet brontosaurus, who I rode through town and took to McDonald’s to buy hamburgers.

6. Tell us about when you realized you were ‘meant to be’ a writer.

When I was ten, my mom and I went to the movie theater to see Little Women. It had been her favorite book when she was little and she gave me her copy when I was young, allowing it to swiftly become my favorite. I was completely in love with the character Jo and wanted to be just like her. It was then that I decided I was going to be a writer, no matter what, and I remember I started writing a story in the car ride on the way home. I haven’t stopped writing since.

8. How do you improve as a writer? (Workshops, conferences, reading)

I read a lot, and have been reading a lot since I was little. I also have my Bachelor’s Degree in Creative Writing. I haven’t been to very many workshops outside of college, or conferences, but I enjoy discussing writing with a number of other writers in groups on Facebook. I have made a number of great friends there, and have others, who help me improve simply through discussion. I also do a lot of research, and I practice a lot.

Other than having a cup of tea with me when I’m working, there are no great writing quirks or superstitions that I can think of. “Never go anywhere without a pen” is probably the biggest one, and I suppose that’s been more drilled into me from school than anything. I also don’t give characters the same name as my brother or my parents.

10. Tell us about your current work-in-progress.

Currently, I’m working on The God Stone, the second book in the DeathSpeaker Trilogy. It continues three months after Hunt, following Mortimer as the young DeathSpeaker deals with a series of murders occurring at the monastery he is now forced to call his home. Even while he tries to survive becoming the main suspect in the deaths of the monastery’s elder priests, he is still being hunted by Hester, a vicious servant of the mysterious Master who manipulates her many minions from the shadows. The plot is later thickened by the return of a character who was thought lost in the previous book, and then the rush to reunite with Ricker, who is suffering his own troubles.

11. What book are you reading now?

Currently, I’m in the process of reading The Ruins, by Scott Smith. I saw the movie when it first came out in 2008 and stumbled upon the book at the library. I was thrilled to discover it was a book first and have been steadily devouring it.

12. What genre do you write in? What about PoV?

For genres, I tend to write fantasy, usually dark fantasy, supernatural thriller, and mystery. I have touched on both horror and science fiction and intend to play around with them more in the future. All of my work tends to have a fantastical or supernatural edge to it. I often write third person limited or omniscient point of view, but I have a first person point of view book in the works that will come out after the DeathSpeaker Trilogy is finished.

When an idea comes to me, I usually just start out writing the bits and pieces that come to mind – moments that will occur, specific plot-points, character introductions, bits of dialogue. As I learn more about the characters and the plot unfolds, I will start with character profiles. Mine tend to be very in-depth, including everything from physical description to their parents’ names to what they plan on being when they grow up.
I also work on an outline of the story, which is sometimes nothing more than a list of things that will occur, and sometimes really in-depth. It tends to depend on the story and how much there is to explain. One of the larger series I’m working on is set in the fantasy world of Senexus. Due to the need to explain how this world works, as well as the political system which rules it, I have pages of notes involving setting description, royal family trees, and a history which spans back a few hundred years. I usually have quite a hoard of notes before the real book writing begins. My biggest problem is not losing them!

14. Do you know how your stories will end?

Not always. Sometimes I write the stories much the way that people read them – with no idea of what’s coming next. Thankfully, it’s more common for me to be aware of what’s going to happen. I have even had some moments where I am aware of the way a story will end before anything else. Due to my outlining, however, more often than not I have at least a general idea, at the start, of how things will turn out.

15. Do you books have a message or theme? Or are they purely for entertainment?

I never start a book with a message in mind. I write books for my own entertainment and am simply glad that there are others who enjoy them, as well. Sometimes, while writing a book, I will find that there is a message or theme that has formed all on its own and I just roll with it.

16. Do you have any favorite snacks or drinks that you eat/drink while writing?

I have a love of hot tea that follows me throughout the day, but I almost always have a cup with me when I’m writing. Unless I’ve managed to drag myself out of bed really early to get some work done, and then I might have treated myself to a latte.

17.. Tell us about your other passions.

I love to cook. I especially love making new things that I’ve never tried to make before (or even never eaten before), occasionally altering the recipe. I also like to grab whatever looks good in my fridge, toss it in a pan and see what happens. In this way, I have made quite a number of very interesting original dishes (and one really gross one that I won’t repeat).

I also enjoy reading, my favorite authors being Dean Koontz, Stephen King, and JRR Tolkien. Recently, I’ve taken to raiding my local library for new books and have discovered some lovely new titles. Outside of cooking and reading, I enjoy researching random curiosities, studying mythology, and practicing archery.

18. What’s something interesting about you?

Writing Dragon Circle required me to research traditional archery for Marissa’s character. We had two traditional bows in the basement – a shortbow and a recurve bow – and I brought them both out to try them, see which one I preferred, and practice with it so I could write Marissa’s character knowledgably. My target was a black five gallon bucket I’d sat upside down on a hill and the first bow I chose was the shortbow. My first shot nailed my target. I didn’t even bother with the recurve bow and I’ve been addicted to archery ever since.

19. Share a small sample(limit to one paragraph, please) of your writing… can be a WIP or already published.

(excerpt from The God Stone, book two in the DeathSpeaker Trilogy)

The sun was sinking below the horizon, the cracked earth darkening to the color of mud. Peter stared at the ground beneath him, feeling the heat from it, the firmness pressed against his stomach, and he didn’t allow himself to be fooled. Still, he felt the dryness of his throat, swallowed through his thirst, and thought longingly of the skin in his pack. He daren’t touch it. He’d traveled for days to get here and had used up more than half of his water supply, even while rationing. He didn’t know how he would make it back with another person in tow before they died of dehydration. Perhaps he’d let the assassin drink poisoned water. He was a DeathBreather, after all. It wouldn’t kill him.

20. Anything you’d like to say to your current and future readers?

Thank you for joining me in an adventure! I hope whatever book you pick up takes you to a world you’ll enjoy visiting, and that you’ll continue to travel with me as the years go on and we discover new worlds to explore.