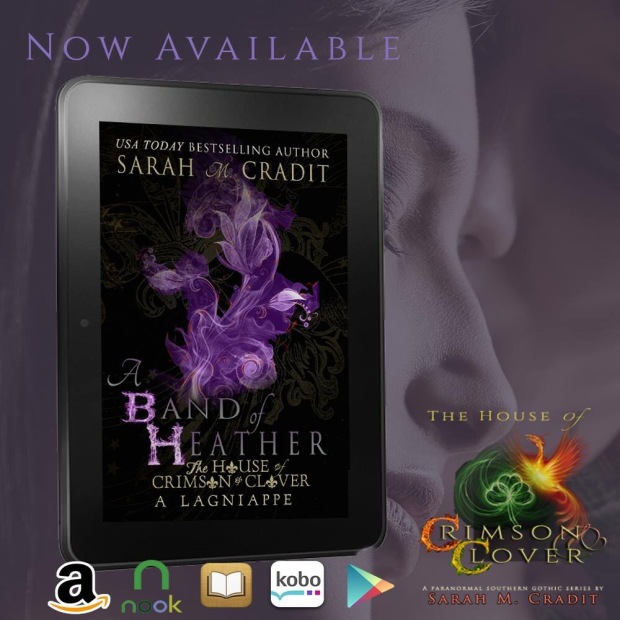 “This is the beginning of something even bigger than we could have ever imagined,” she rejoined, resting her face against the warmth of his chest.”

BN: http://bit.ly/1WOynrl
My good friend, Sarah, released another one of her fantastic short stories. Here’s my review:

If you’ve never read any of The House of Crimson and Clover Series, A Band of Heather is the perfect place to start. This new short features Colleen, my most favorite character in the entire series. For those of you familiar to the C&C world, you’ll remember that Colleen is the matriarch of the Deschanel family and current Magistrate of the Deschanel Magi Collective. This story follows her to Scotland where she falls in love with the most unlikely person, but as the threads of destiny unravel, Colleen and Noah realize they are bound by more than just their feelings. Beautiful prose. Rich, evocative scenery. A Band of Heather is everything you want in a short story.